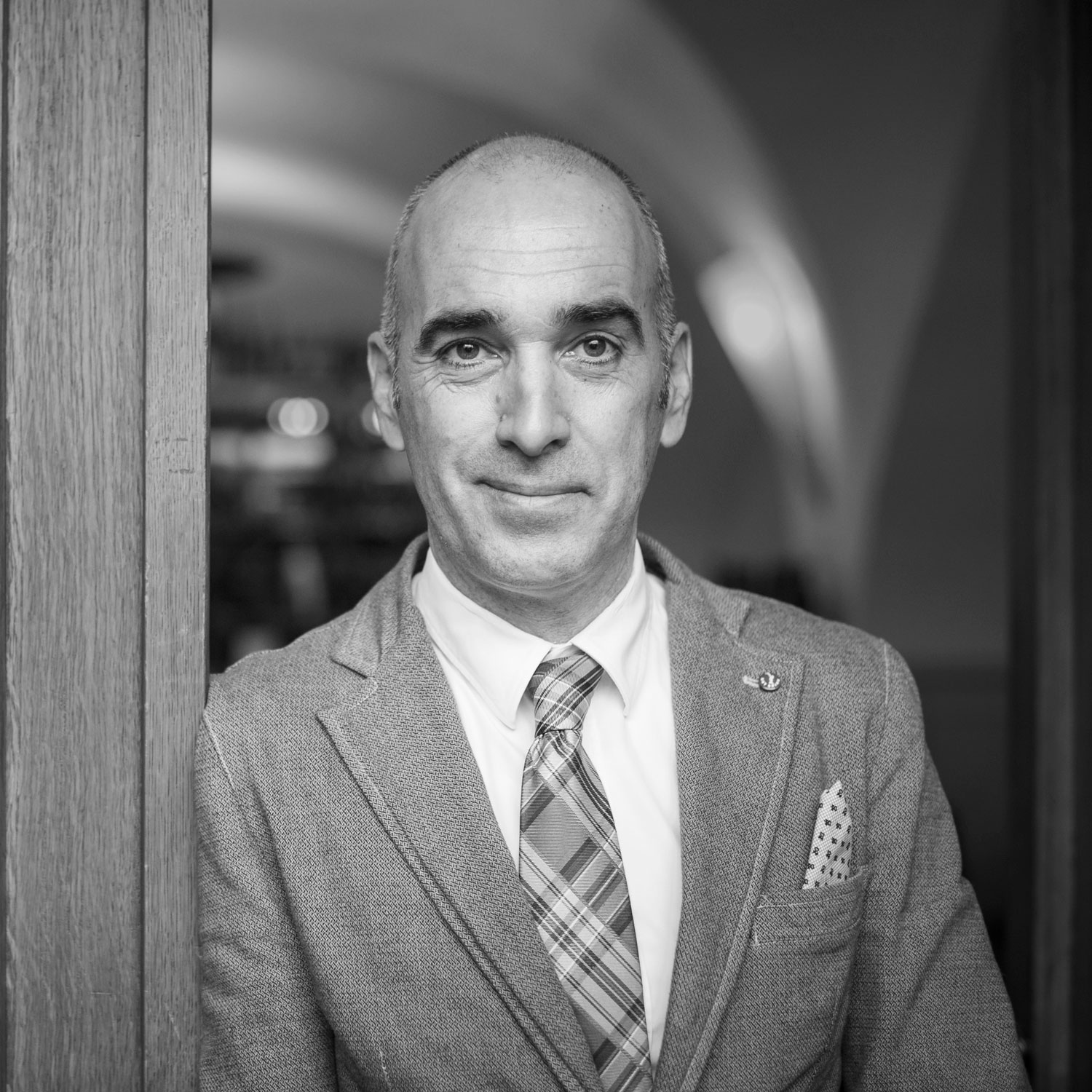 The true custodian of the Zur Kaiserkron restaurant, Robert Wieser is also the brain behind the wine selection work at Esemdemì.

Robert’s career in catering started very early on, in the hotels owned by his family in Val Badia. An apprenticeship that provided him with a varied experience in different types of hotels and culminated in the management of the Sport Hotel Teresa, a historic hotel in the area.

In the years in which he was manager, the Sport Hotel Teresa enjoyed a regeneration after its glory days in the 1970s. So fruitful was the success that the owners were able to eventually sell the hotel for a considerable sum.
It was on the strength of this experience that he arrived at the Kaiserkron in 2010. The restaurant had been closed for a few months and for the first six months of activity Robert had to deal with considerable distrust and hostility from customers.

A pressure hard for anyone to bear. But Robert has a tenacious and ambitious character and he did not lose heart. Thus, with humility, he started rebuilding customer trust.

A first in Alto Adige, the restaurant kitchen is equipped with charcoal oven in which a very popular roast chicken is prepared. This was the keynote menu dish Robert proposed to win back the approval of customers.

While he was busy rebuilding the relationship between restaurant and the Bolzano populace, Robert introduced a number of subtle nuances to the hotel format, such as wine tasting service with a selection of fine wines that has no equal in Alto Adige for the quality and boldness of choices.

Five years later, the result of this work was a return of the restaurant to its former glory; indeed, for Robert it had been a markedly exhausting experience. Somewhat weary, he decided he needed help and he decided to call on sister Monika and her husband Claudio, who had been living and working in Dubai for some years.

The couple decided to return to Alto Adige to help Robert and thus was founded Esemdemì , a new partnership with the aim of bringing innovation to the South Tyrolean gastronomic panorama.

We use cookies to ensure that we give you the best experience on our website. If you continue to use this site we will assume that you are happy with it.OkPrivacy Policy